The Prison without Barriers
by lakwatserong tatay

After our visit to the land of live crocs of Palawan, our next destination is one of the most unique destination i've ever been and far away from Puerto Princesa City proper, known to be one of the most popular prison in our country. The Iwahig Prison and Penal Farm, upon entering this colony you will notice that it is just a front! There were no barriers surrounding the gate to keep the prisoners in. Maybe from it's location, that your in Palawan, so there no prisoners discourages to escape from it's prison, because it's sides are mountains surrounding the prison is the South China Sea. Transportation off the island is pretty impossible for a prisoner to arrange by himself, and if ever he decides to run off to the mountains, he is sure to die of malaria.
Iwahig is approx. 23,000 hectares of farming land (which used to be more than 40,000 before). Prisoners were classified as either maximum, medium, or minimum security prisoners. Murderers fall under maximum security. They are kept and guarded in houses. Medium security prisoners are the ones who are grouped by 10's to take care of and harvest 6 hectares of land. Minimum security prisoners are the ones who are going to be released soon.
Upon entering the prison farm premises, there is one unique thing that you could found out, there where many guys with light brown shirt, and just walking around, houses and farming is also present within the penal farm.
Here is some information that i've got while talking to a lady inside the Iwahig's Souvenir Shop.....Iwahig Penal Colony was established in the early 1900's and to this date it's still operational. It is where criminals from other parts of the country were sent, jailed and forced to do hard labor while serving their sentence. Later on, the reformed ones are allowed to roam within the compound and mingle with the community while the "hard cores" remain in maximum confinement. Within the compound, there are farmstead tended by former prisoners who, after serving their sentence, have decided to stay in Puerto Princesa and start a new life. After a probationary period, long-term prisoners are allowed to become farmers, fishermen or wardens, as the prison is self-supporting and self-managed. The “lifers’” families organise their own community existence.
This colony encompasses a 37-hectare scenic farm planted with coconut palm trees, rice, and other crops cultivated by the prisoners and their families. The prison has about 4,000 population, as of now...many inmates live with their families in so-called rehabilitation areas. Within the farm is Balsahan River, known for its cascading waters coming from the nearby mountain. Iwahig is more like a modern farm, rather than a prison, where prisoners toil their farms unguarded and are allowed to earn an income by working in the many shops which turn out various handicrafts, most popular of which are the handcarved items made of mahogany wood. The farm is definitely a good shopping stop for tourists.﻿
﻿At first, we are all afraid of getting inside to this colony because of walking with some of the prisoners, and even talking with them is one of a kind experience. But guess what, this prisoners is so easy to talk with their just mingling around, offering some of their handicrafts when we were having our photo sessions around it's ground. The products of their labor are sold at a souvenir shop inside the colony. The most popular product of the prisoners are the animal keychains they create out of recycled plastic from Jollibee cups. Iwahig souvenirs are the cheapest. A bracelet I found was sold for Php40 which normally sells Php50-70 outside the prison. They also sell wooden weapons. I was pretty interested in the Arnis sticks made of Kamagong. They cost around Php180 a pair. But wasn't able to buy it...huhuhuhu....Below are some of our photo opps when were roaming around its ground.
One of my most unique and unforgetable experience is to talk with a prisoner, and that is such a experience that i'll treasure, see the guy that stands by the post, he is ..., one of the inmates that could roam around it's premises, this is our conversation......he was a jeepney driver of Antipolo-Cubao in Manila, see we hailed in same place now...Antipolo....^_^. He is accused of murder and sentence to imprisonment, he also shares the experience of transferring from Muntinlupa to Iwahig is such a sad experience, but now he is really contented in what he have, he lives a normal inside a colony like a freeman although their are some limitations specially going outside it colony premises. Actually that time, i feel really lucky for Kuya, because he now on a safer grounds and has it is own normal life, not like the prisoners in greater cities that you will really afraid off.....

Trivia: For a prisoner to qualify to stay in Iwahig, he must at least have a sentence of 3 years and 1 day.
Here are some of our photo-opps, btw, not all of us got off the van, because some of us still afraid to roam around...hehehehe...^_^, and thank to kuya....for taking shots of some of our photos....^_^
We stayed on this colony for almost half an hour, roaming around it's ground, taking photo-opps of the old reacreational hall, jose rizal monument, the new recreactional hall and it church. It was bit tiring day, although we had great experience in every places that we visited that day, specially mine, is one of my unforgetable experience...after buying souvenirs on their shops. we have to say goodbye's to this inmates...thank you..^_^
Iwahig Prison & Penal Farm is located in Barangay Iwahig, Puerto Princesa City, Palawan, 35 minutes by tricycle from the city proper. One can take a jeepney along Valencia Street or may hire a tricycle/private vehicle going to the penal farm. It is located 16 kilometers south of Puerto Princesa.
Upon visiting this place, there's one thing that i've learned, don't ever judge/accused a person on what he/she right now, even though criminals has to live a normal lives.....^_^

This story is part of : Five Days of Trip at Palawan
Posted by lakwatserong tatay at Thursday, April 21, 2011

Email ThisBlogThis!Share to TwitterShare to FacebookShare to Pinterest
Topics & Xplored Places Only in the Pinas, Palawan, Puerto Princesa

I remember visiting this place when I was little. Couldn't remember anything about it except for my mom who was so scared to wander around by herself!

@ms. gayle...actually po when we visited this place everyone of us is kind a scared because this is the first time all of us will be getting inside a penal colony, but upon my experience, i was happy and proud to say that we almost conquered our fears, although not most of us get off the van...some are still scared...^_^ 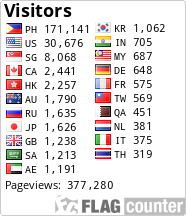